What is Disc Golf?

Disc golf is one of the fastest-growing outdoor activities. Similar to golf, the goal of disc golf is to complete each hole in as few throws, or strokes, as possible. The basic rules and lingo in disc golf as similar to those of traditional golf. In fact, if you eavesdropped on a conversation between a ball golfer and a disc golfer, you wouldn't know they were talking about different sports because they would both use terms like course, hole, par, bogey, and birdie.

Instead of using golf clubs and a golf ball, disc golfers use a flying golf disc to cross the hole.  Each hole starts with a teeing area and is completed once the disc lands in the “hole”, aka disc-catching target.  While disc golf can be played with just one disc, the discs are designed to fly with different characteristics. Different discs can be used to hook and curve around obstacles, roll on the ground, or fly over trees. 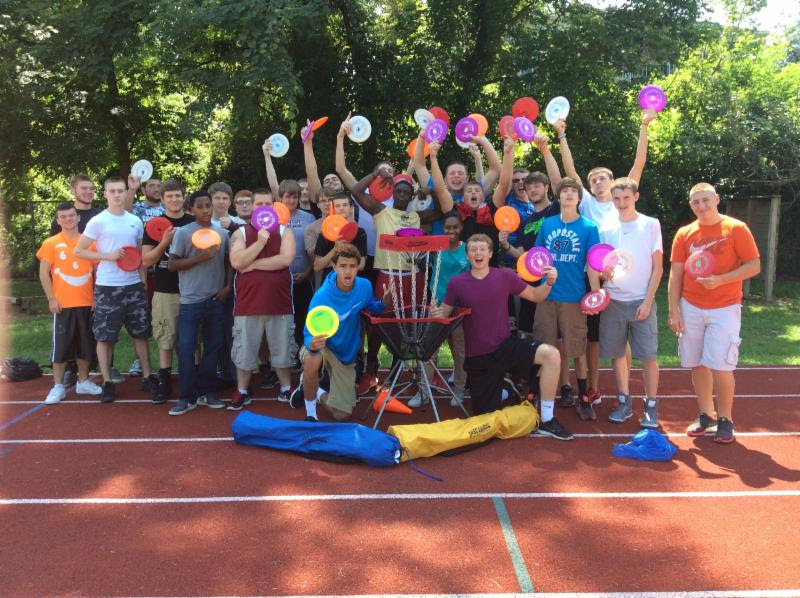 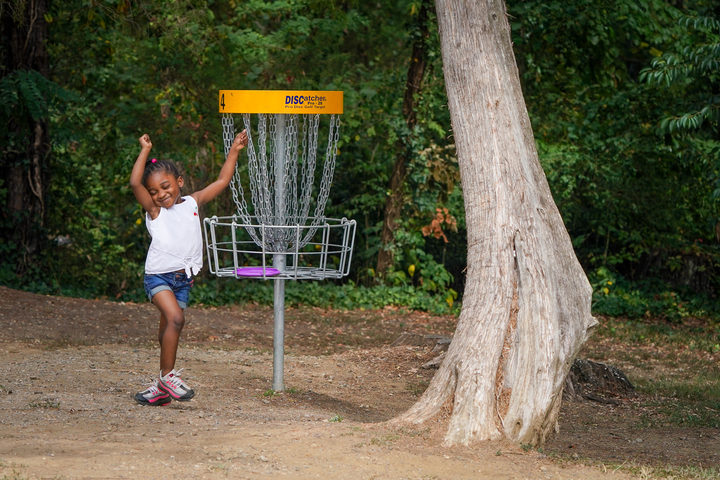 Where Can I Play Disc Golf?

Currently, there are over 11,500 disc golf courses in the world. The United States alone accounts for over 8,500 of those courses. 90% of courses are free to play and set up in city parks. Please visit the course locator (powered by the PDGA) or the official disc golf app for scoring (powered by UDisc and the PDGA) to find a disc golf course near you.

There are different types of courses located around the world. The first type of beginner-friendly course is an Aceplace style of course. These courses are great for young kids and beginners because they are short, 6 to 9-hole courses with high visibility and built with safety in mind. They are generally located on school campuses, in pocket parks, and in neighborhoods. The more common course design is the longer 18-hole design. These take a little longer to play but are just as enjoyable. They can be found in city, county, and state parks as well as beautiful private settings with public play for a minimal greens fee.

A great fact about disc golf and course design is that it is not destructive to nature. Unlike golf, disc golf utilizes the natural landscape to build courses. Trees can make great obstacles and mandatories. Hills and turns can make a hole interesting and requires players to think about how to best approach the basket. Disc golf embraces natural settings and is more like a nature hike with a purpose.

Compared to traditional golf, disc golf is a very inexpensive sport with discs ranging from $8 to $20 and most courses free to play, making it an inclusive sport. Not to mention, it can be pretty addictive. Many people have been bitten by the disc golf bug. Disc golf is an accessible outdoor activity able to be enjoyed by everyone. 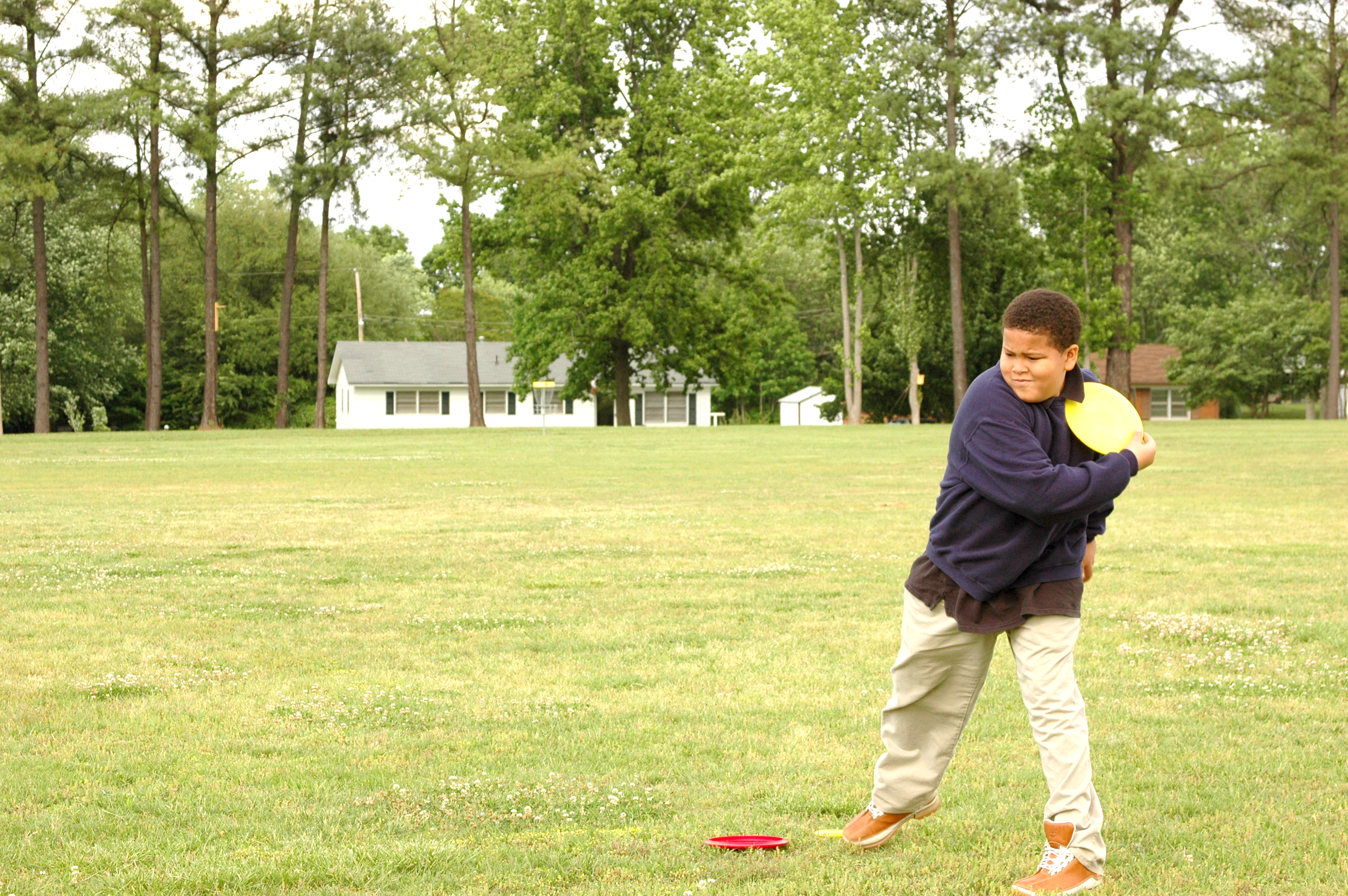 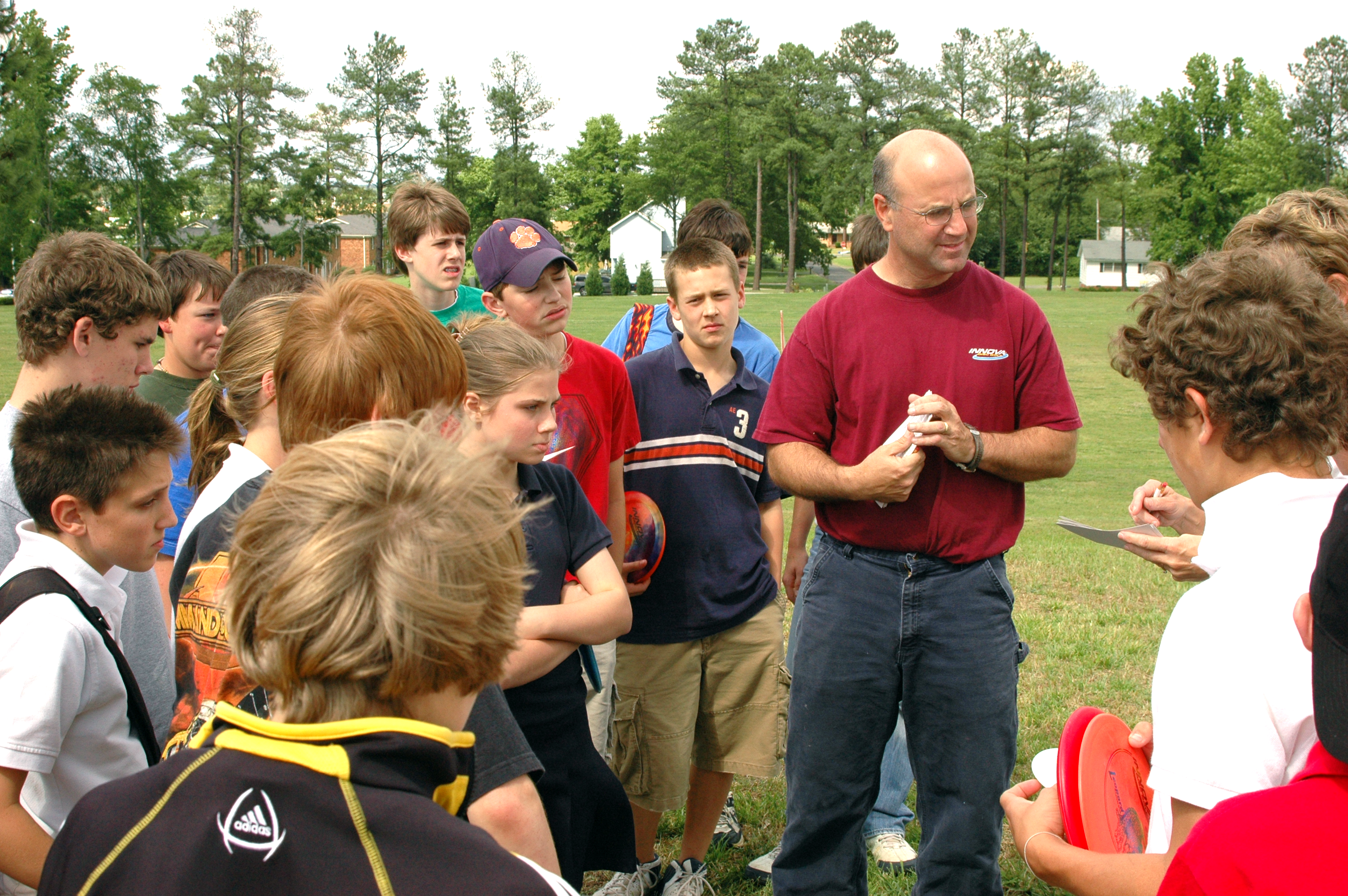 Why Should I Play Disc Golf?

A recent study called "Shape the Nation" (2016 edition) by The American Heart Association found that "32% of children and adolescents are overweight or obese, and most are too sedentary and do not meet physical activity recommendations." Playing one 18-hole course can contribute nearly 60% of the recommended 10,000 steps a day. Disc golf is an inclusive sport that is low-cost and provides physical as well as mental exercise.

According to the same study by The American Heart Association, the average physical education budget for schools within the U.S. is only $764 per school each year. While a single tournament-approved tennis court can cost upwards of $50,000 and only serve 4 kids at a time, the EDGE disc golf program (including a disc golf course, equipment, supplies, and a curriculum) is only a tenth of that cost and can serve an entire classroom.

Disc golf is an individual sport where how you play is based solely on your thoughts and behaviors. Each shot takes strategy and planning, along with great execution. Introducing your students and community to disc golf will spread this amazing lifetime sport so everyone can enjoy the benefits of both physical and mental exercise.

funds (in USD) awarded to schools and youth programs 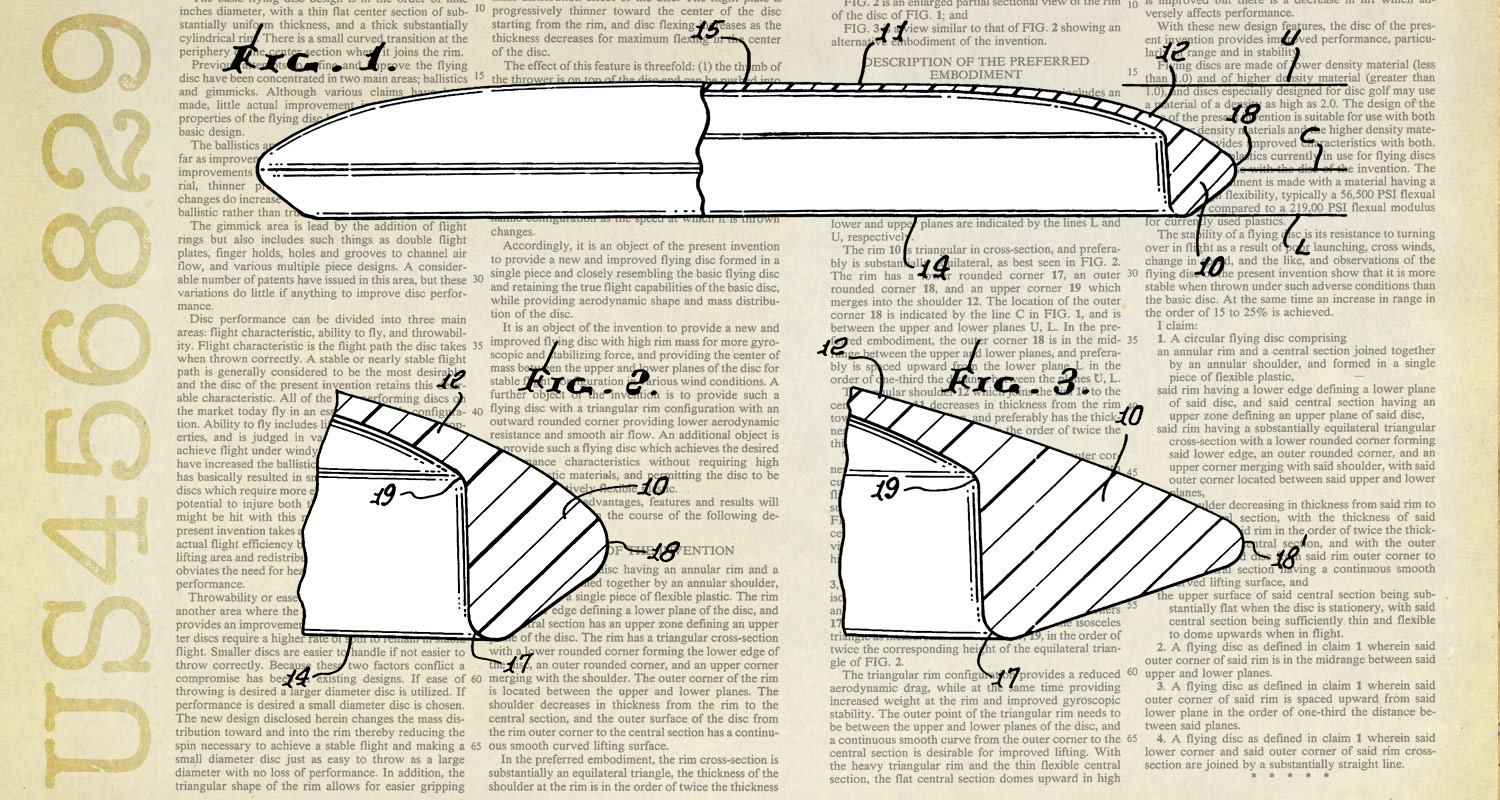 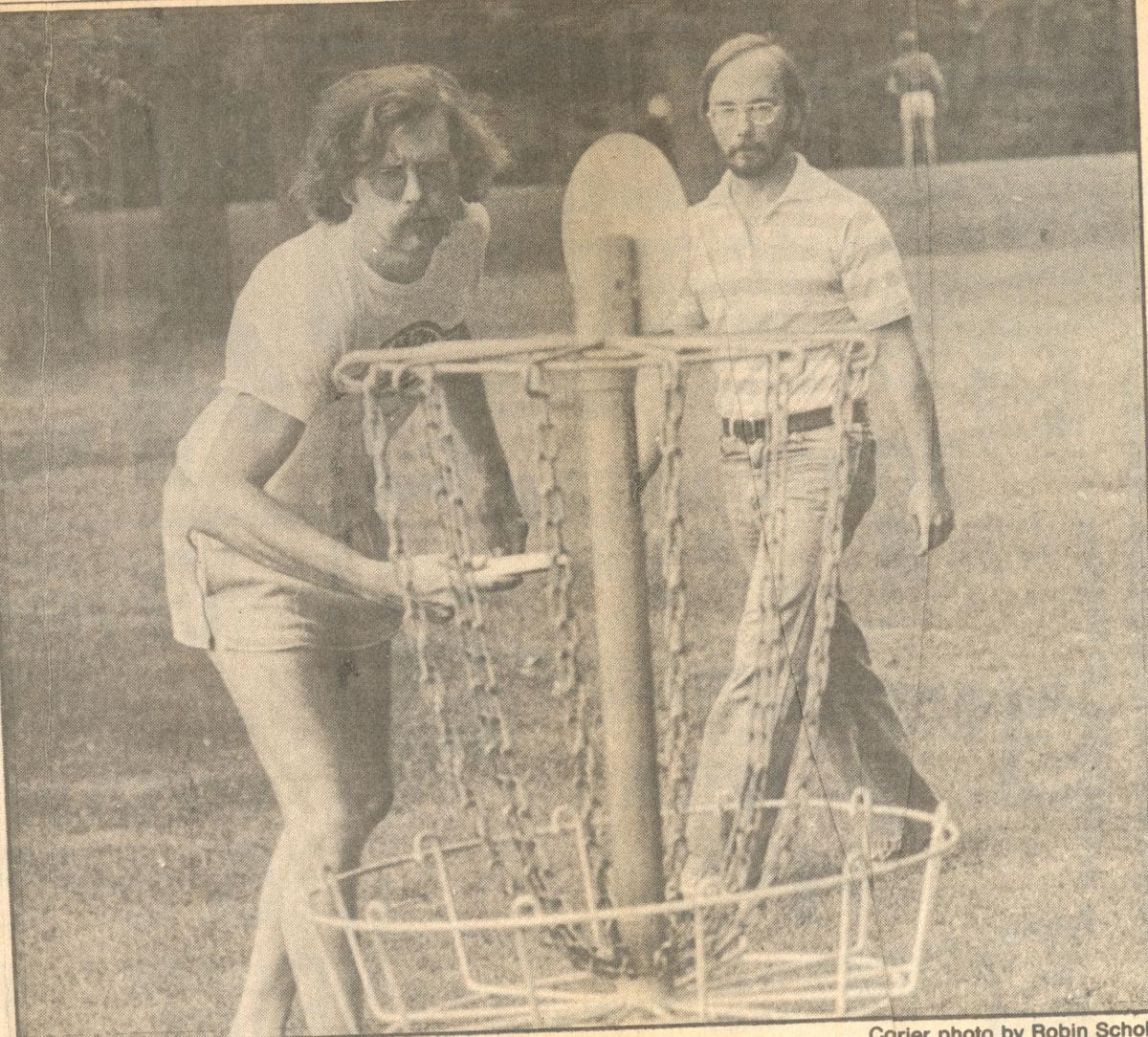 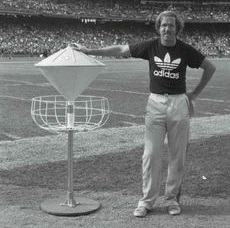 Disc golf has a relatively short history with much of it shrouded in mystery. No one knows who first played disc golf because of the sheer number of historical accounts involving someone with a disc or Frisbee. That being said, one of the earliest accounts of disc golf was in Saskatchewan, Canada in 1926. A group of elementary school friends was recorded playing a game called 'Tin Lid Golf'. The group of kids would throw tin lids into 4-ft wide circles that they had made around the school grounds.

Fast forward to 1966 when the first Frisbee was patented by "Steady" Ed Headrick, aka the Father of Disc Golf. Disc golf became an organized sport in 1974. The very next year, in 1975, Headrick patented the Disc Golf Pole Hole and installed the first official disc golf course at Oak Grove Park in Pasadena, CA.

Disc golf has grown tremendously since 1974. The sport has received numerous mainstream media shoutouts - like a parody on Tosh.0 of the albatross that Philo Brathwaite threw. We don't know what "Steady" Ed Headrick would say if he could see the sport now, but we imagine he would be extremely happy.

You can read about the full history of disc golf on the PDGA's website here.